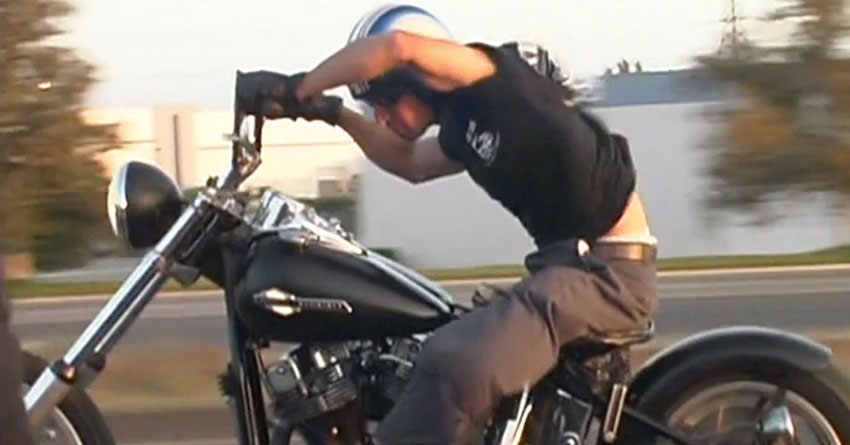 We’ve been very busy lately trying to make all the motorcycle documentaries & films in our library available on Amazon Prime (maybe Netflix and Hulu next, but they haven’t asked us... yet.)  So for now, all Prime members can watch these films for FREE as part of their subscription.

Support us by watching these films instantly on Amazon Prime or ordering them on DVD or via Download directly from this site.  We’ve been around since 2004 and we’re still going because of your support.  Thanks guys!

Note: Any films you’d like to see on Amazon Prime? Let us know in the comments.

Now on to the list of our best biker flicks streaming on Amazon Prime! (in alphabetical order).

Please check back often because we’ll keep updating this list as we add more titles! 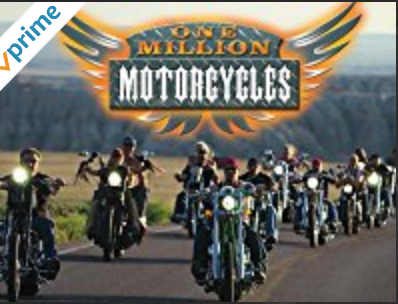 Can’t make it to Sturgis this year? This fun TV series visits America's most famous motorcycle rally. Bikers from around the world converge on this little American city and turn it into motorcycle mania for an entire week. 5 one-hour episodes featuring Bean’re, Michael Lichter, David Uhl, Roland Sands Paul Yaffe, and other amazing motorcycle builders and artists. 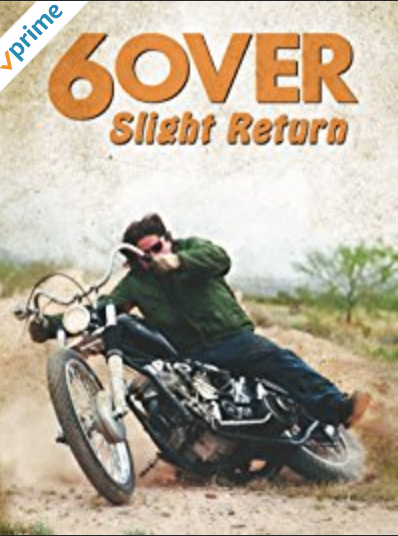 Best Bar in America, The 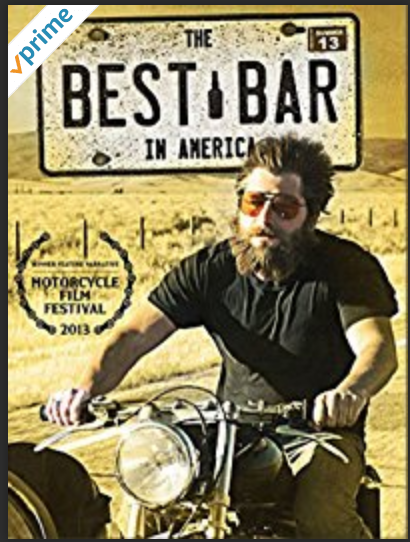 This award-winning feature film from the Ristau Brothers features one man on an epic motorcycle road trip through the bars and taverns across the American West. Motorcycling, sleeping on the ground, chasing mermaids, and drinking in America's most legendary taverns, he experiences firsthand the brotherhood of the bike and bar. Along the way he gets advice from Ernest Hemingway and Jim Harrison on writing and drinking. 88 minutes. 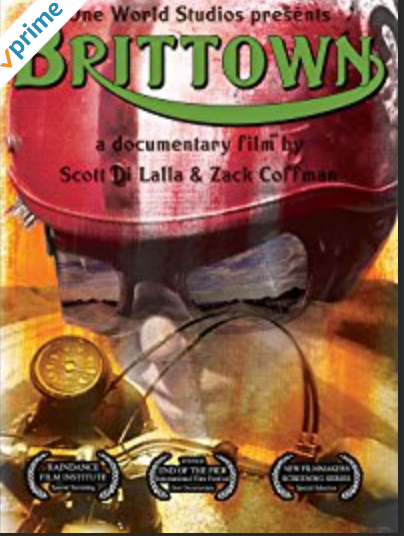 Brittown features Meatball from the Hell On Wheels bike shop in Anaheim, CA. As a master mechanic, vintage Britbike connoisseur and motorcycle racer, Meatball splits his time between family, his shop and his rock band Smiling Face Down. Winner of Best Documentary and a rockin’ good time for all lovers of British motorbikes, cafe racers, and the Steve McQueen motorcycle lifestyle. 84 minutes. 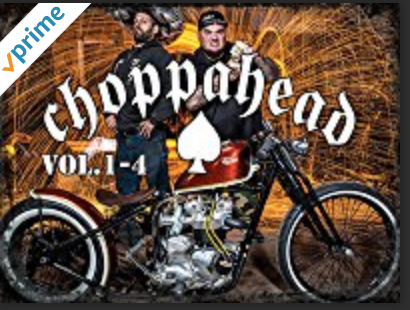 No other biker movies even come close to being as hard as the Choppahead boys in New Bedford, Mass. Their first film was shot skate-style and it's as raw as the bikes it's about. From there it's just more insanity and more bikes. If you’re afraid of beer and F-bombs, you won’t like this series. If you like real backyard builds and real East Coast roughhousing, you’re in for a treat. 4 episodes, almost seven hours of badassery.

The film that started it all! Made with a stack of credit cards and a dream, filmmakers Scott Di Lalla and Zack Coffman captured a moment in time just as backyard chopper-building lifestyle was gaining steam after a long hibernation. Watch as Kutty Noteboom builds his working man's chopper from the ground up with the help of his biker brothers in this intimate multi award-winning documentary about renowned hot rod and motorcycle club the Sinners. 92 minutes.

Choppertown: From The Vault 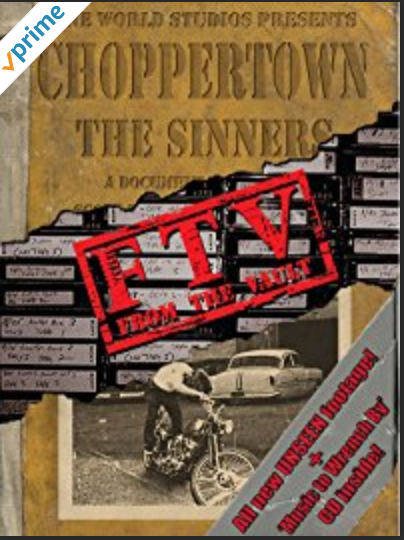 The in-depth behind the scenes follow-up to Choppertown:the Sinners, From the Vault is almost two hours of unseen footage from the original Choppertown shoot set to an amazing original score. Yes, this movie is completely different than Choppertown: the Sinners and it’s lovely (if we do say so ourselves.) :) 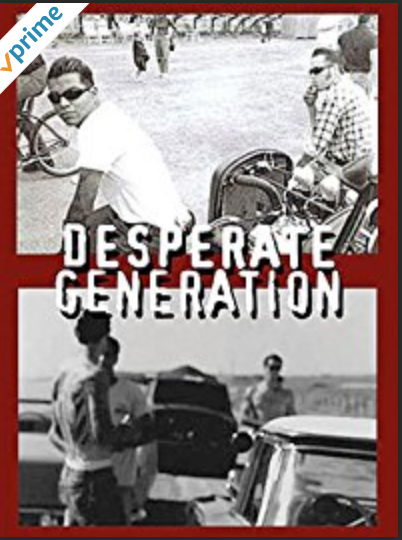 Desperate Generation is an amazing documentary shot by Emily Frye while she was in college. Shot entirely on 8mm and 16mm film, this movie documents the 90's Rockabilly revival in Southern California. Each aspect of the subculture is candidly portrayed in short, music-filled vignettes highlighting vintage car clubs, tattoo artists, musicians, annual car & hot rod events - features a young James Intveld, Von Franco, and all the Shifters car club. 41 minutes.

What can you build with a grand and a month? The Dirtbag Challenge is an event that takes place every year in San Francisco. It's a grass roots, low budget chopper build-off and party, and besides being a contest, it's also a concept: if you want a bad-ass motorcycle, then go and build yourself a bad-ass motorcycle. This is one of our favorite films, do yourself a favor and check it out. 104 minutes.

Dirtbag II: Return of the Rattler 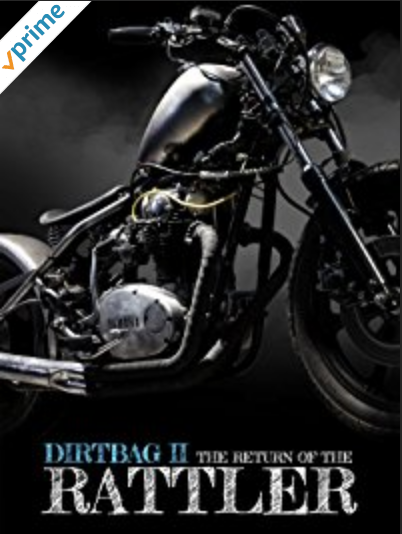 “Great flick to drink a beer or two while you watch and dream about building/restoring a bike!” What happens when four regular guys decide to build a chopper and enter it in the Dirtbag Challenge? Find out in this follow-up to one of our all time best sellers! Of course you can build a chopper in one month and for under a thousand bucks. If you're a mechanic or a fabricator. But what if you have no experience at all? 56 minutes.

Flake and Flames is a fantastic adventure through the Kustom Kulture movement around the globe seeking out the hottest Kustom Kulture spots in the United States and Europe. If you are new to Kustom Kulture, you will experience the overwhelming creativity that exists behind terms like Low Brow Art, Hot Rods, Customs, and Pinstriping. 79 minutes. 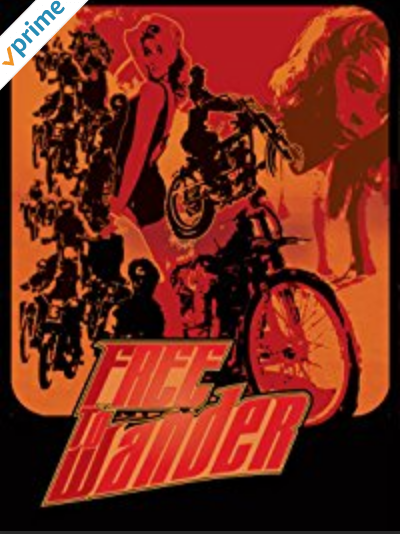 It's not a fancy build movie, but rather a simple poetic documentary film about the chopper life. This film is the first solo offering from builder/artist Rich Grabbe and while it is definitely an indie production, it has a tone and spirit that all bikers will connect with. Filmed entirely in the Midwest of America and in New York City, this film is about old school choppers and the men who ride. 63 minutes. 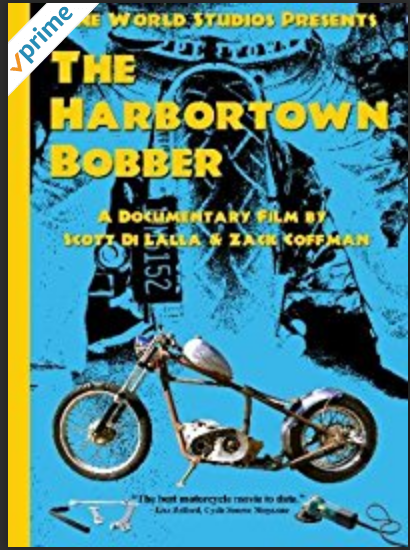 From the directors of the award-winning motorcycle movies "Choppertown: the Sinners" and "Brittown" comes a new motorcycle fabrication adventure. Two years in the making, The Harbortown Bobber follows the ground-up build of Scott Di Lalla's '69 bobber as various backyard masters put their hands on it creating a unique custom motorcycle, showing their techniques and telling their own personal stories along the way. “It’s by god inspirational is what it is.” 74 minutes. 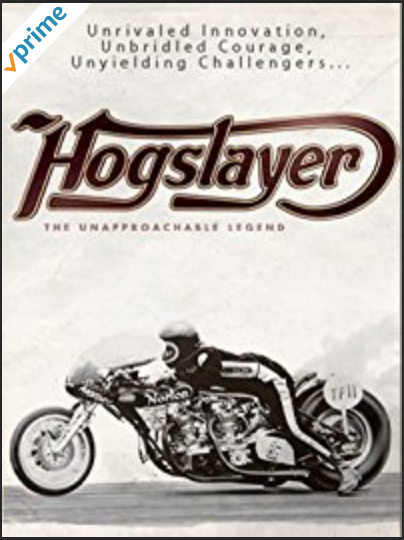 Award-winning true-life story of the dual-engine Norton motorcycle dragster designed, built, and raced by TC Christenson and John Gregory of Sunset Motors. The documentary chronicles the Sunset Motors Racing Team's unrivaled innovation and unbridled courage as they faced unyielding challengers throughout the United States and Europe in the 1970's. 65 minutes.

Mix (not a biker movie, but a great EDM film by some good buddies!) 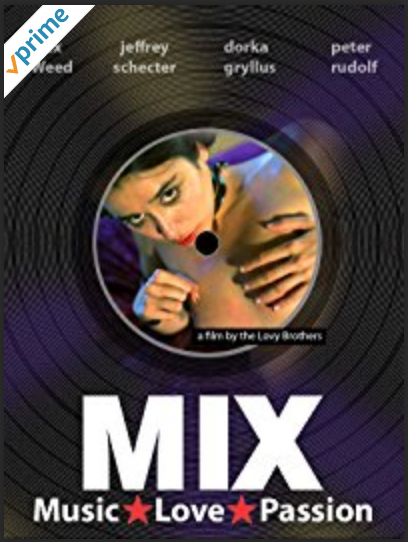 A young Los Angeles club DJ, caught between the wishes of his overbearing father and his dreams of musical freedom, uncovers danger, music, a dark family secret and the girl of his dreams, while navigating the sexy and often dangerous streets of Budapest's famous night life. "A darling of the European festival circuit, this sexy coming of age story is a great first feature from the Lovy brothers." 97 minutes.

One World Tour: Europe!, The

Choppers, Cafe Racers, Triumphs, Harley Davidson customs, enjoy a fun look at motorcycle culture in Europe through the eyes of the award-winning filmmakers of Choppertown: the SInners, Brittown, and the Harbortown Bobber. Part travelogue, part video diary, and part biker mayhem, this once in a lifetime adventure is not to be missed! UK, Italy, Spain, France, Sweden, Finland, and Germany, and USA. 90 minutes. 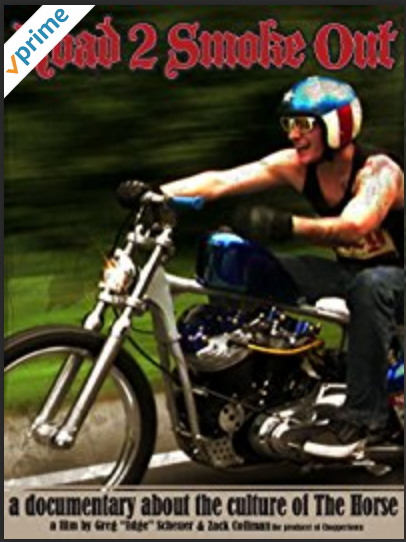 "It's about freedom, man. Freedom." From the producer of Choppertown comes a film that captures the experience of the original garage-built chopper rally and the culture of infamous biker magazine The Horse Backstreet Choppers. The story of real men and women who burn the midnight oil with wrenches in their hands and grease under their fingernails. 42 minutes.

If you love the music from the films you can also get the soundtracks on Amazon! 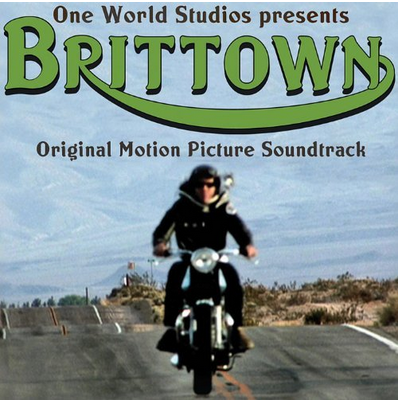 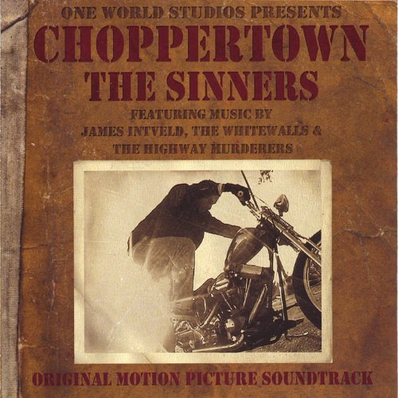 James Intveld, The Whitewalls, and the Highway Murderers

Choppertown: From the Vault Soundtrack 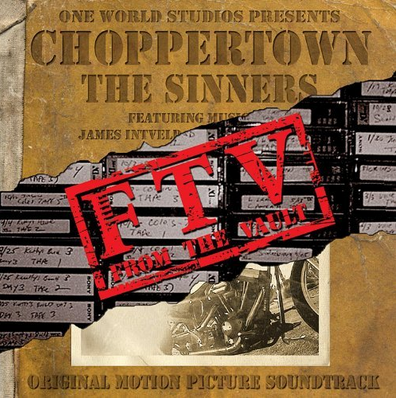 More amazing music from the Whitewalls, James Intveld, and the Harbortown Saints 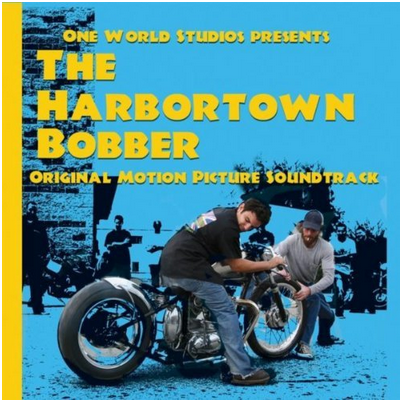 One World Tour Soundtrack, The 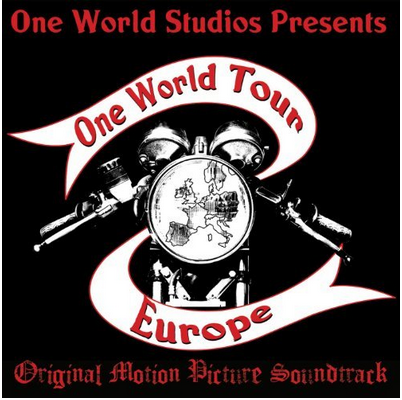 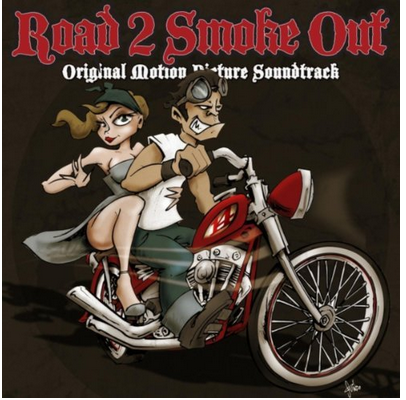 Any other films you’d like to see on Amazon Prime? Let us know in the comments.

Please check back often because we’ll keep updating this list as we add more titles each month, thanks guys.