The journey of taking on the build of this year’s 7th Annual Venice Vintage Motorcycle Club (VVMC) raffle rally bike started a few short months ago in May. Throughout the process of building Skyler, I constantly had a few questions shuffling around my head: Who would be the lucky winner? How far would they live from me? Would they take care of her? Well, September 13th finally came and the outcome couldn’t have been better.

I knew from VVMC member, Shannon Sweeney’s experience of building last year’s bike it wouldn’t be a small feat with such little time. Thanks to Shannon who pulled a 1973 run down cb350 from his shop, had a few brothers tear it down and transport it all to my garage (Prospect Shop) where the build commenced not long after.

Right away I envisioned this bike as a low, mean and fast “brat style” ride with a few touches of other influential bits. The first thing was to shorten the rear and add a loop with a slight upward bend, de-tab anything that was not needed and build a seat pan that went along the new clean lines of the frame. After a trip to M&K Metal I started fabricating. 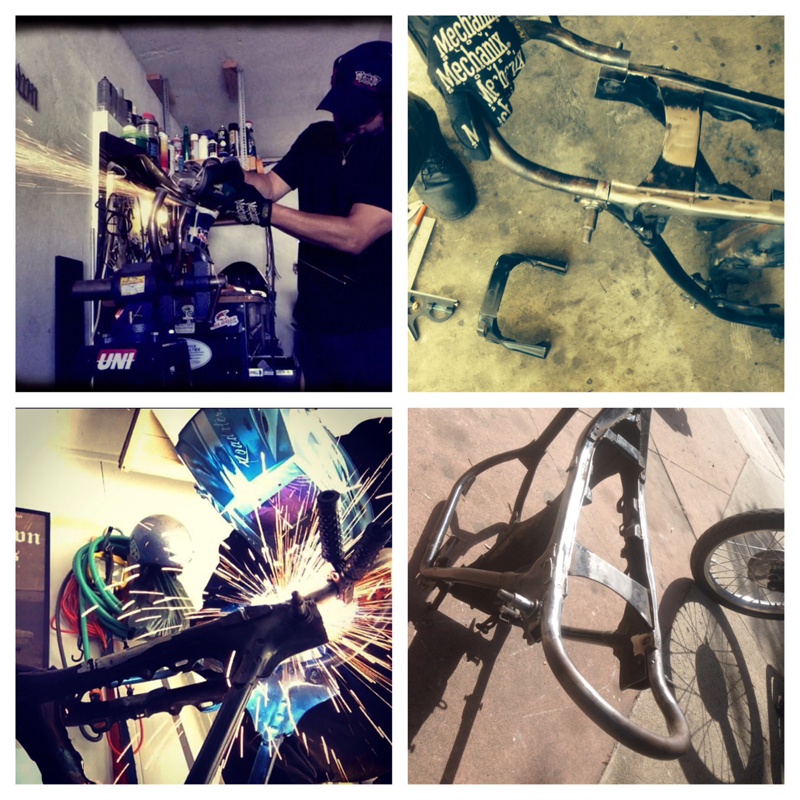 I took the motor down to the crank so I could add new oil seals, check for wear and install a new timing chain. In addition to this I installed a new and updated cam chain tensioner (slider type) to replace the old crappy plastic roller version. Also, new valves, piston, rings, resurfaced head and all new gaskets were installed.

Thanks to recommendations from cb350 guru Chad Williams there are some neat little things on this bike that help its performance. I went with a 520 chain to lighten the drive train up a little and geared it so it not only has some power around town but also will have some left in the top end. 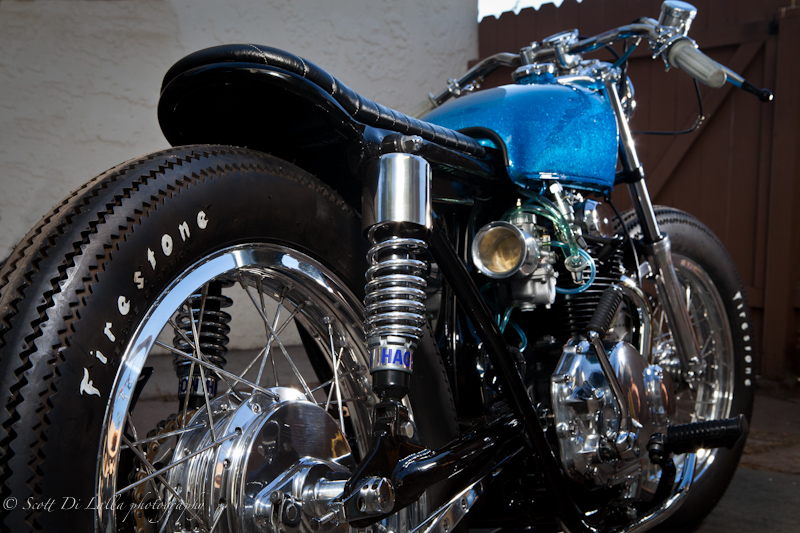 When the time came to give away the bike, we chose a shy little girl from the crowd to come on stage to reach in the raffle basket and pick the winner from over 2,000 entries. Out of all the people in the world that could have won, the proud winner turned out to be Sex In the City actor, Jason Lewis. Ironically, earlier that day Jason had told me, “Scott, if I win that bike I am going to give it to my friend Sheenon,” and that’s exactly what happened. The second Jason accepted his win he grabbed the mic and announced to the crowd that he was giving the bike to his buddy who was left standing speechless in front of the stage. I will never forget that moment and am glad for the fact that Skyler will have a good home here in Los Angeles.

Thanks to my VVMC brothers, friends, and everyone else who helped and have been so supportive throughout this process. 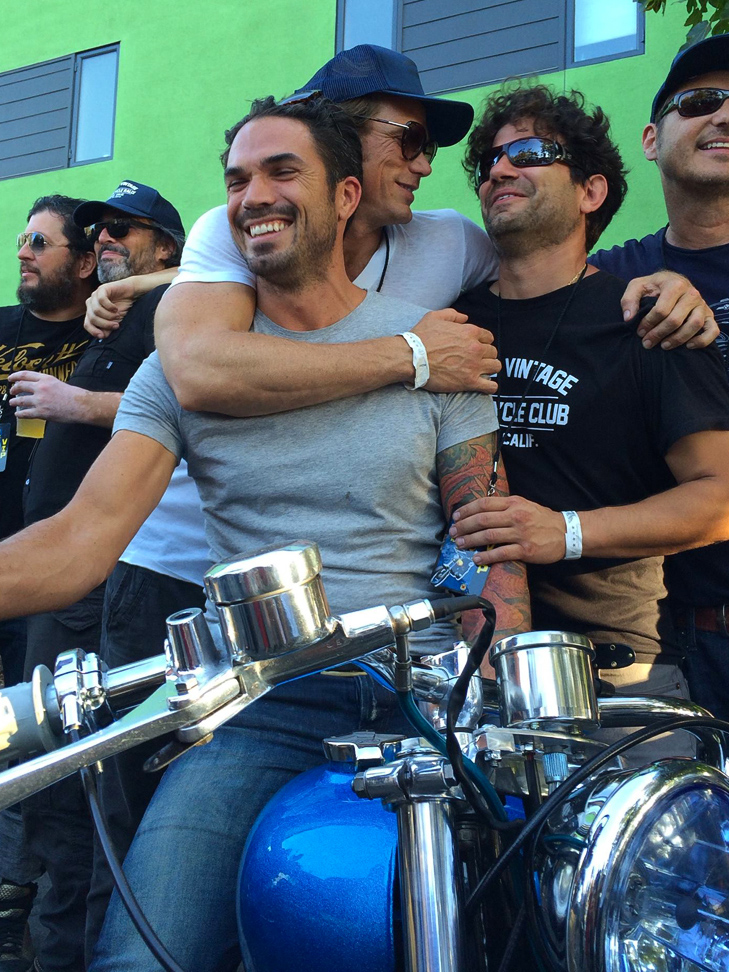 Seat Upholstery: Ron Bryant at One Too Many 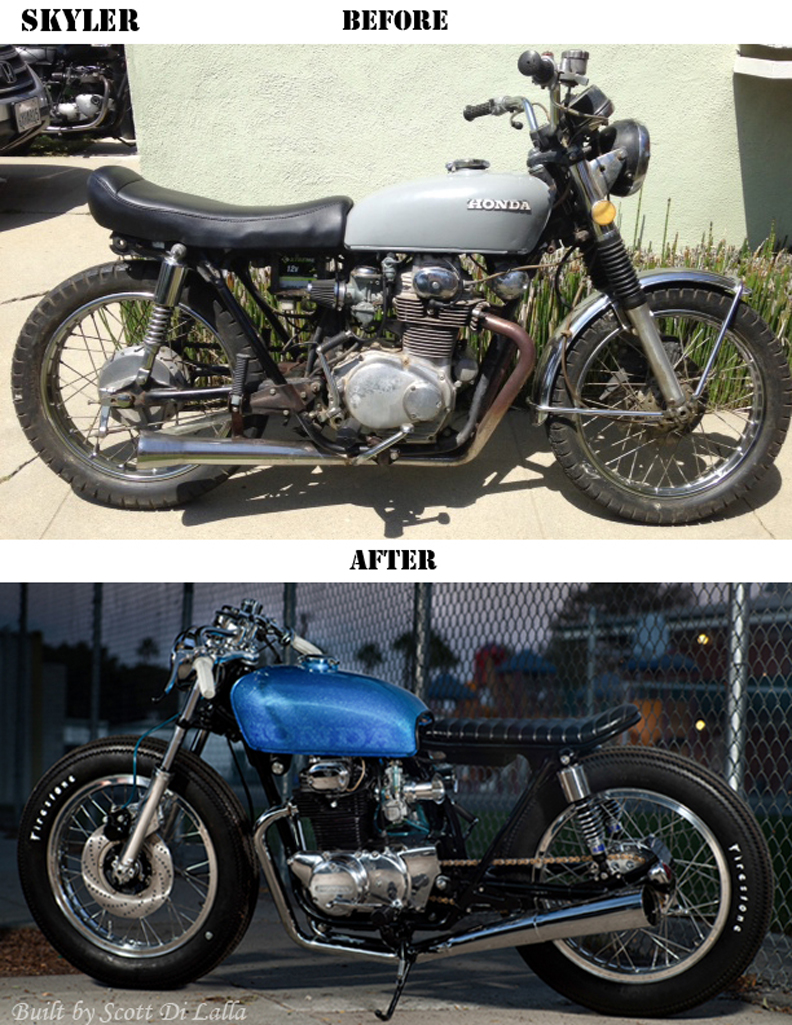 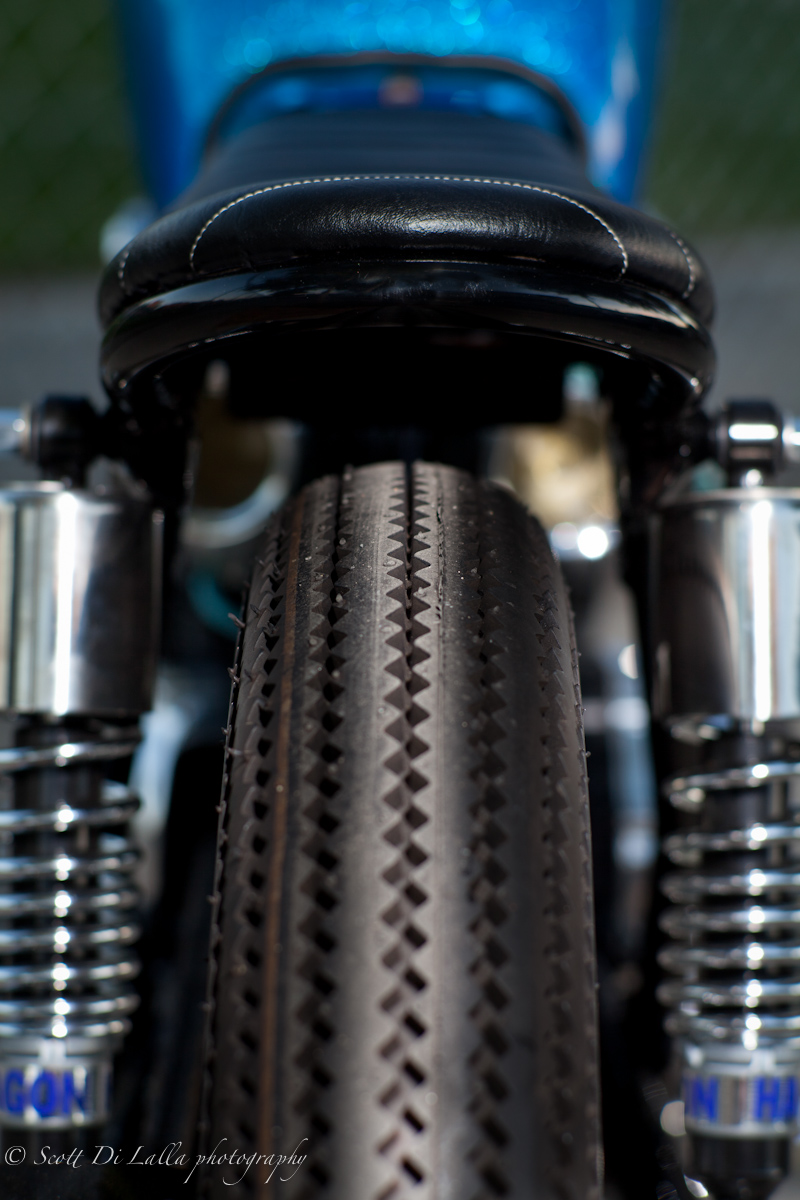 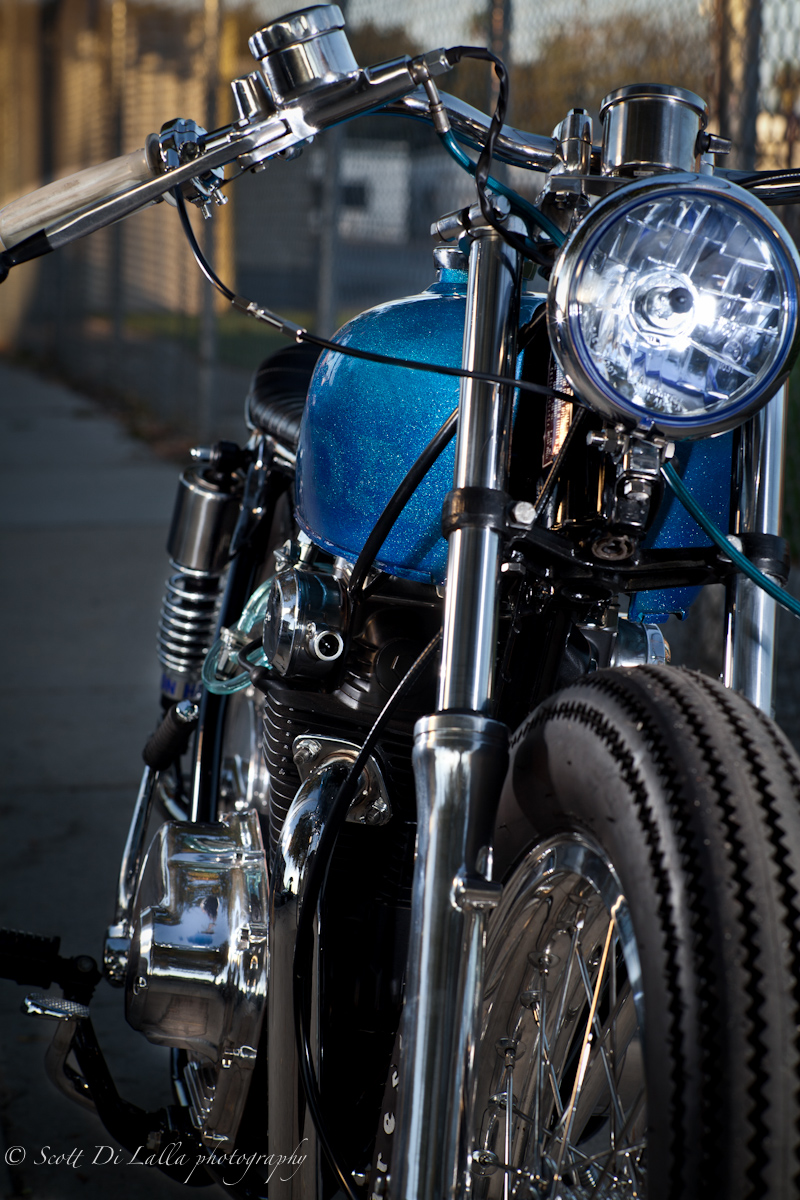 Scott Di Lalla is the award-winning film director of such renowned bike films as Choppertown, Brittown, and the Harbortown Bobber and most recently the horror film I Am ZoZo. He is a proud member of the Venice Vintage Motorcycle Club and works on bikes in his spare time out of his “Prospect Shop” in Culver City, CA. Follow Scott on Instagram and LinkedIn.