It was bound to happen! After eleven years, Choppertown and Dice have gotten together to release Dice Digital, the all-digital version of infamous Dice Magazine. Each digital issue will feature the same stories and gorgeous photography as the print issue, but will take readers down a rabbit hole of links, videos, and interactivity that has never been seen.

We've started with Issue 62 that was launched in June and are working hard to prepare the entire Dice library for you. Have a preview of Issue 62 here and grab it today for just $5.

Issue 62 is a right little winner. Inside you will find a wonderful
array of machines owned and ridden by people from around the globe.
The brilliant front cover was made by the amazingly talented Mark
Henning and is an homage to Robert Crumb. Remember folks....
La-La-Live Ta-Ta-Ra-Ra-Ride, Ra-Ride Ta-Ta-Ta-La-La-Live! 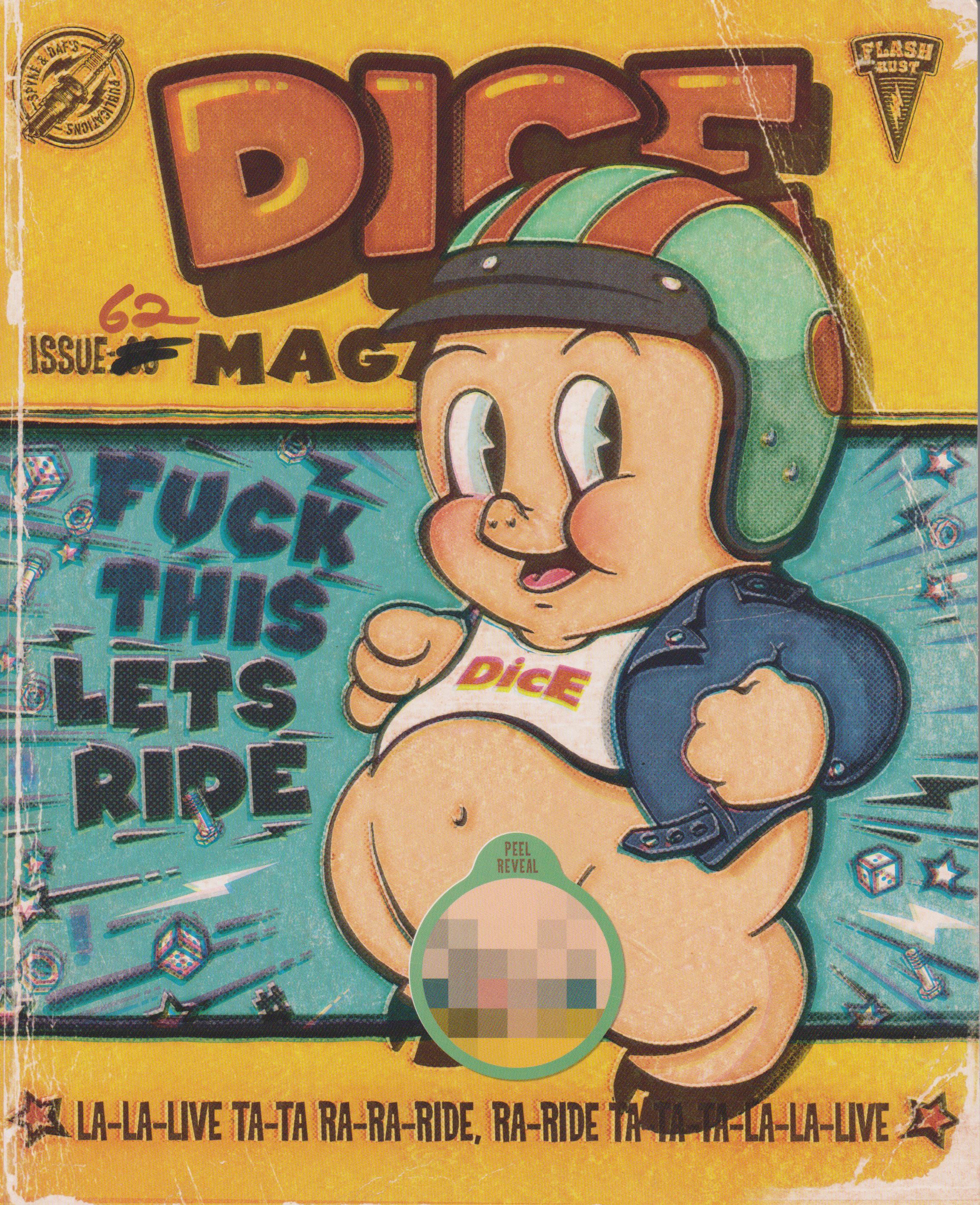 "It's just a bike. No fancy fab-work, no uber rare parts, just
something to burn a few tanks and clear your head."
Texas Dennis and his 1958 HD Panhead - Portland, Oregon.
Photo: Larry Niehues. 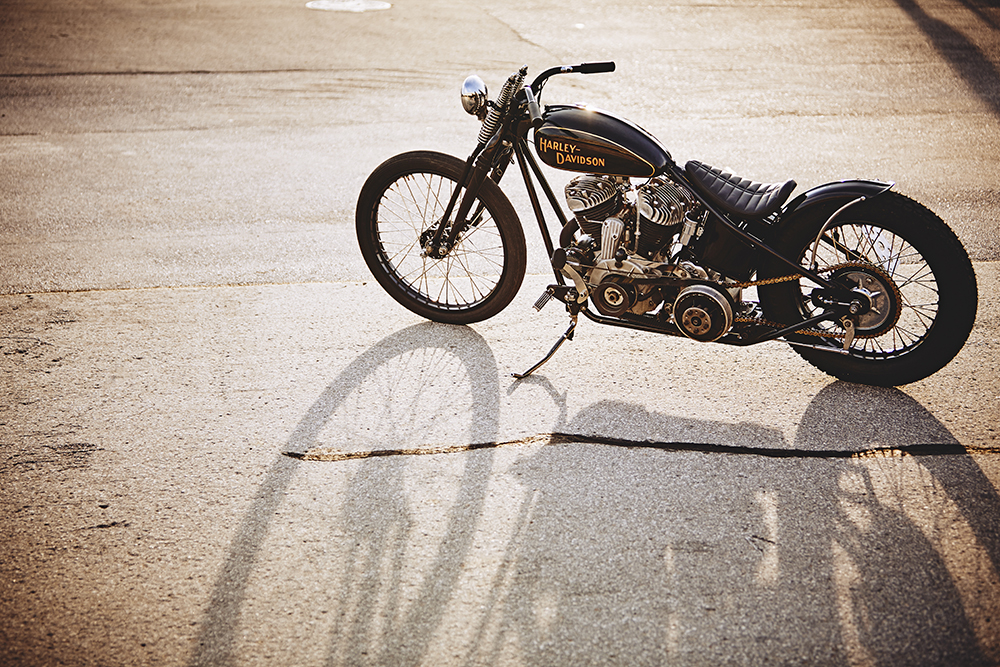 "Speed week 2013 was almost a perfect week, with a top speed of almost
153 MPH and smashing 2 records. An APS-VG big twin Flathead record of
128.241 MPH was upped to 144.210 MPH. I continued gearing taller and
tuning and upped an APS-VK Knucklehead record of 135.438 MPH to
151.448 MPH. I qualified for a third record but had to pull out on the
back up record run due to salt clogging the main jet in one of my
carburetors."
Tyler malinky and his twin Triumph engined, 'Double Vision' - Hinckly, Ohio.
Photo: Jon Glover. 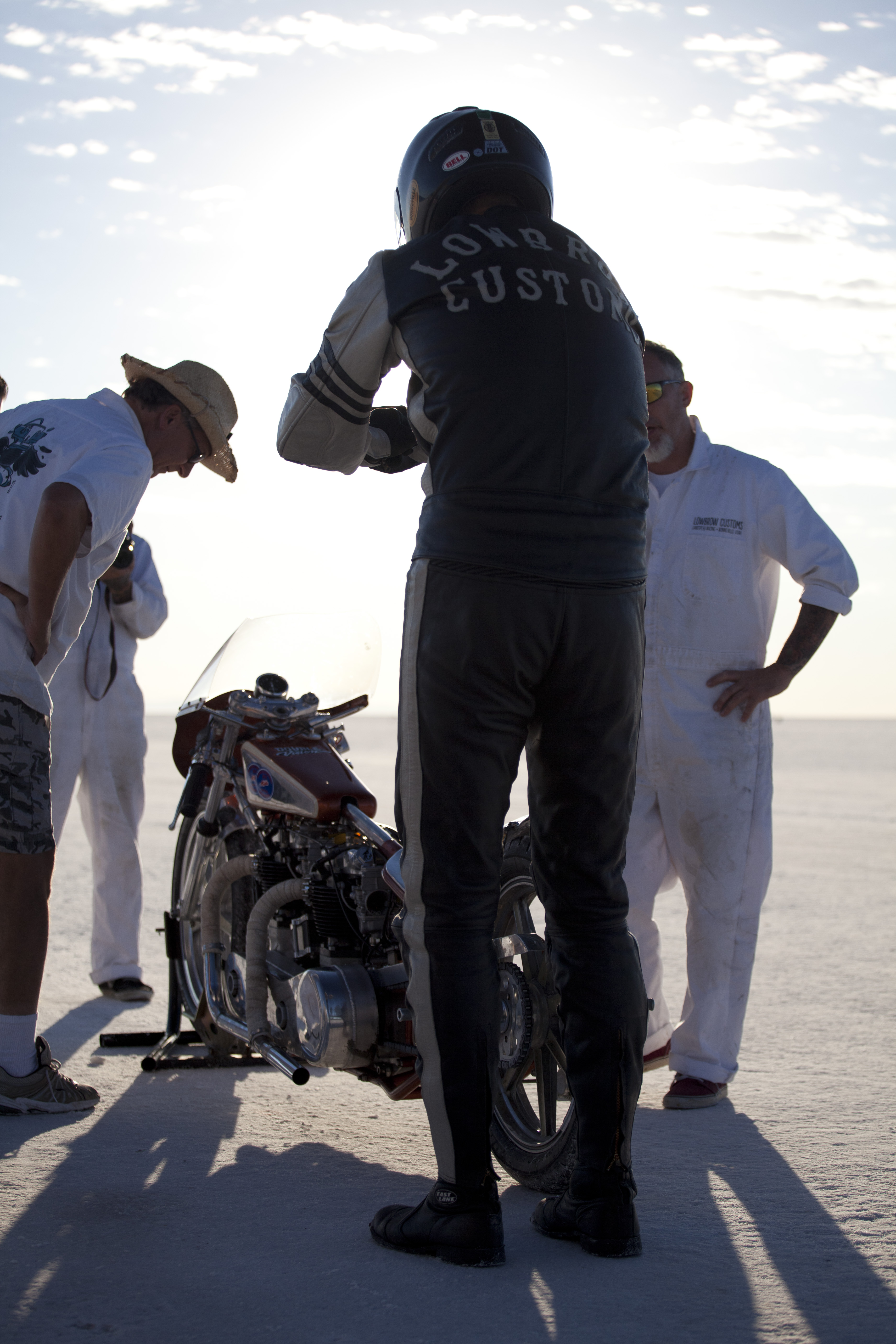 "I kind of fell into this machine and with the huge help of my close
friends, what you see is what you get."
Josh Barrazza and his Pan Shovel - Madison, Wisconsin.
Photo: Ken Karvajal. 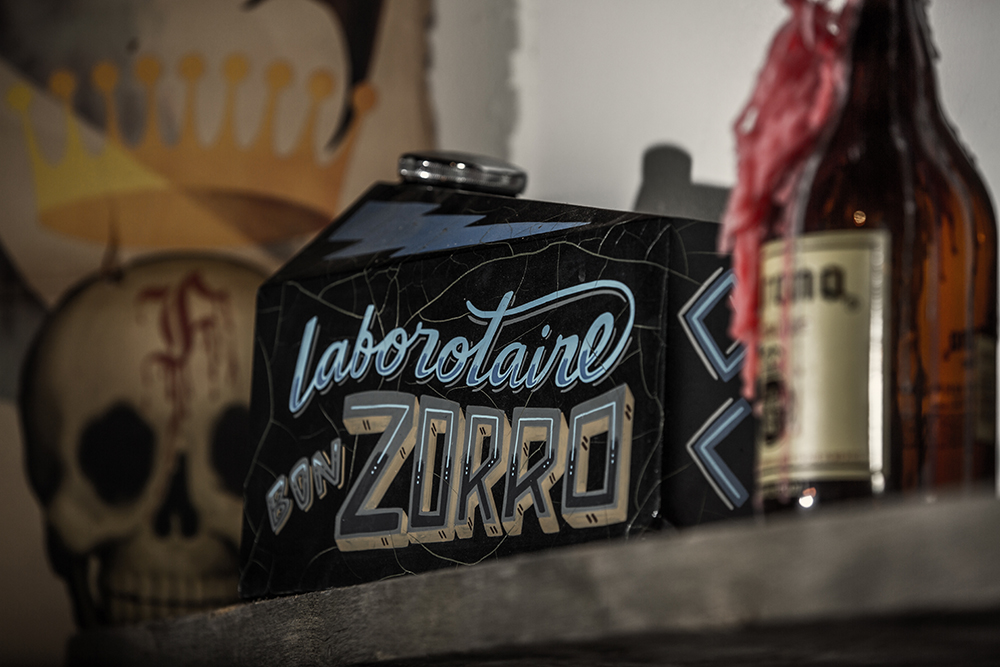 "The best part about this show in my opinion, is that there is a
little bit for everyone. From amazing flat track bikes, to Cafe Racer
builds, to the Choppers we all love. It's a great mix and curated
extremely well."
Mike Revolt - Mama Tried, Milwaukee, Wisconsin.
Photo: Mike Revolt. 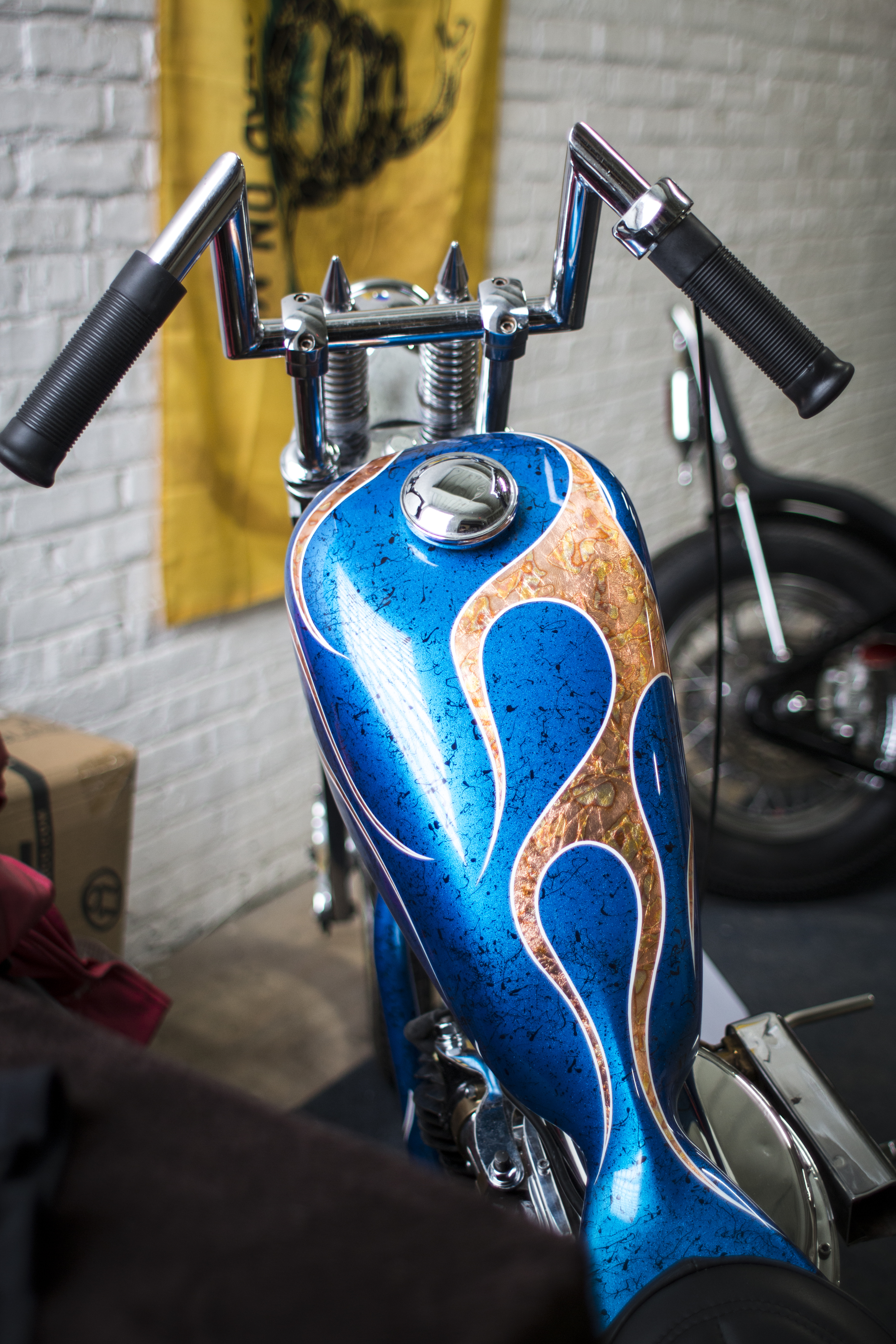 "Built it to race at Speed Week 2014, but it got cancelled. Maybe next
year? Nah, add a taillight and call it done."
Busch & Busch and their XLCH1000 - Reno, Nevada.
Photo: Asa Gilmore. 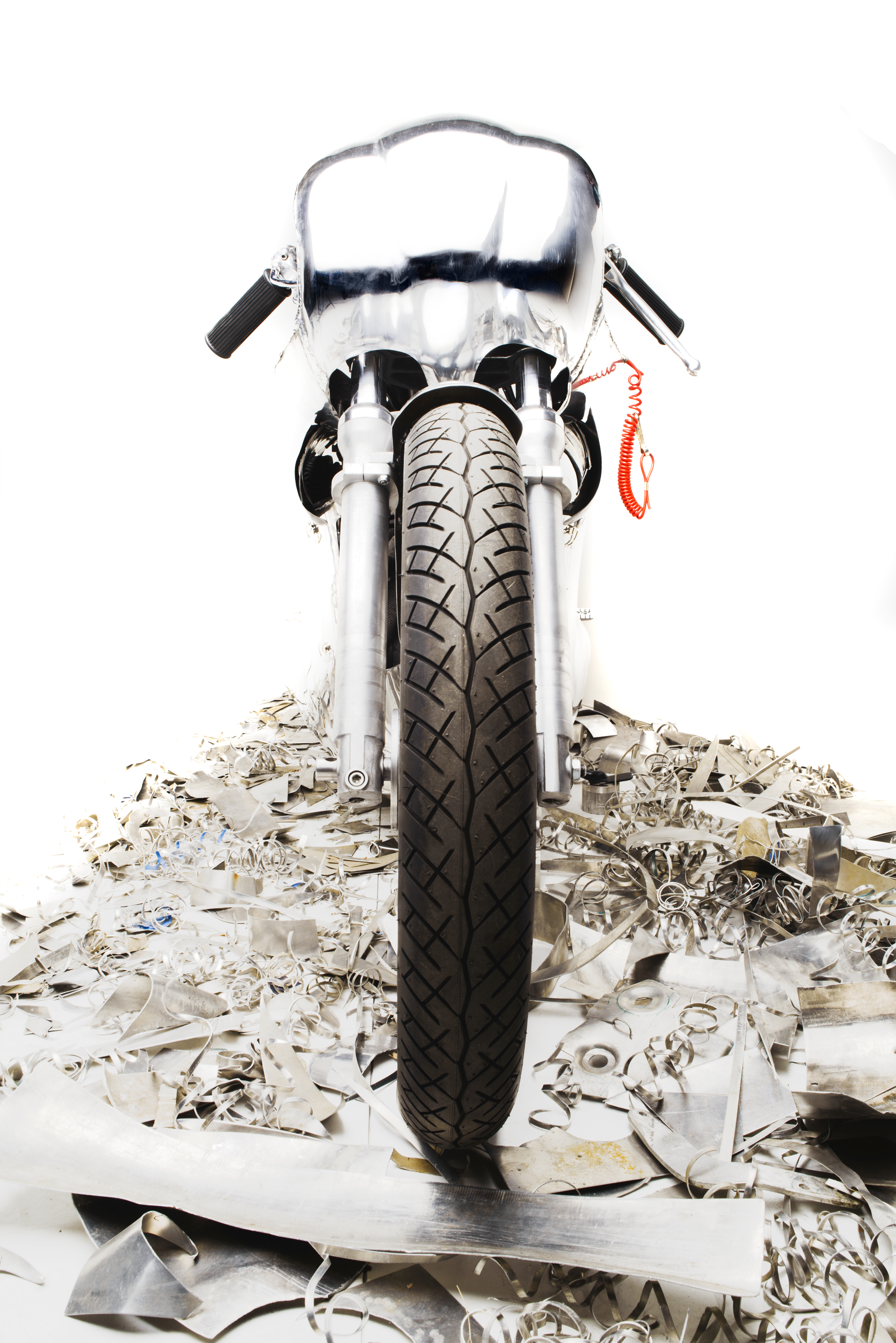 7: "When 5 close friends are sitting around drinking beer and talking
about everyone's bike trip plans for the year, all it takes is one to
say; "We should put our own show on", to make it happen."
The Giddy Up - New Braunfels, Texas.
Photo: Troy Critchlow.

"So we came to an agreement on the price and he tells me there is one
stipulation. I couldn't pay him all at once for the bike . When I
asked why, he told me it was because he would blow the money and his
wife would be pissed with him."
Harley Carrara and his 1947 HD Knucklehead, 'The Beatnik Dream' -
Bristol, Conneticut.
Photo: John A. Napierski 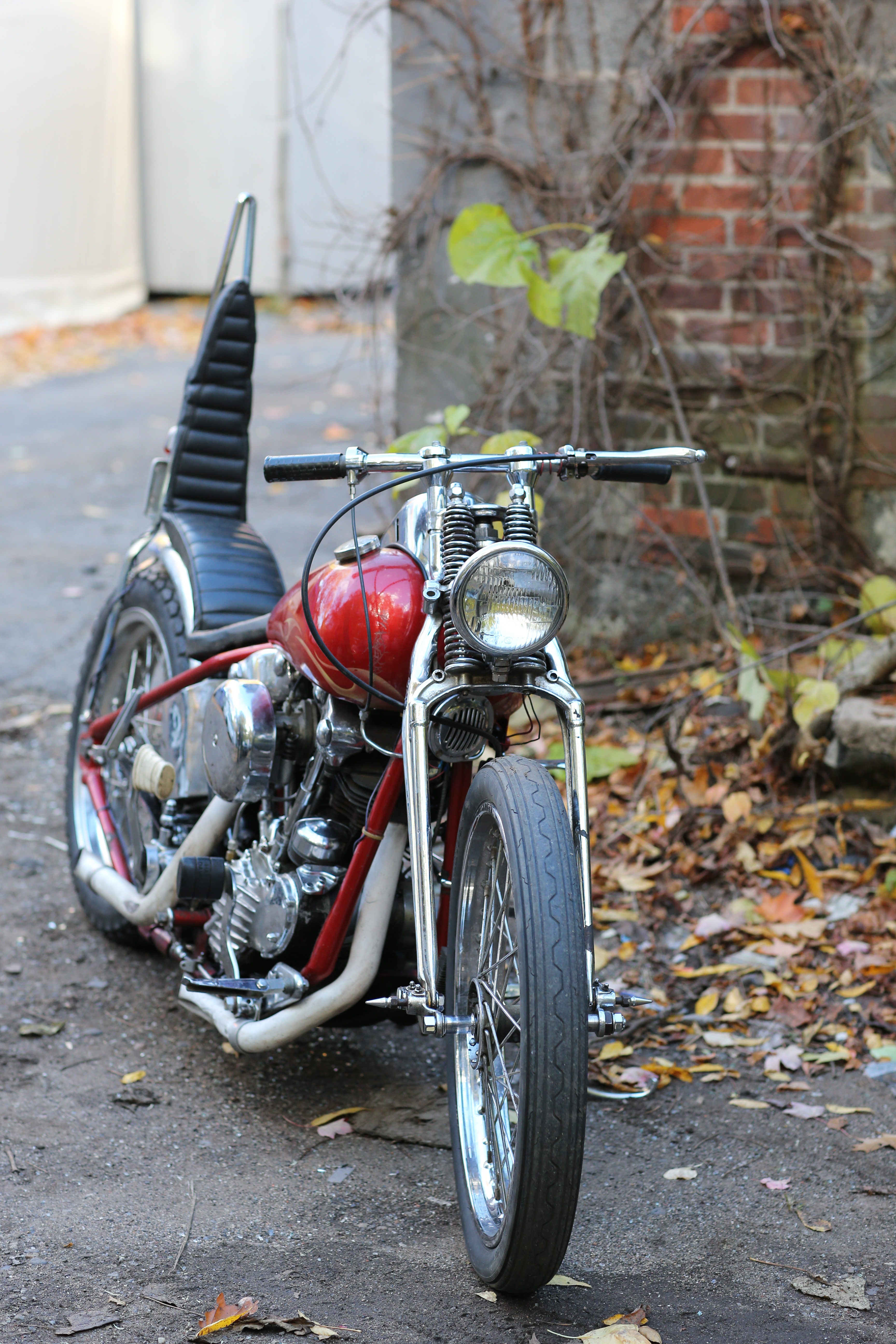 "After a few vague emails, I met this guy in a casino parking lot.
Dude had tattoos all over his head and the bike was in a pile of parts
in the back of his beat up van. Sold!"
Brett Beadle and his unit Triumph - Vancouver, Canada.
Photo: Luke Uri. 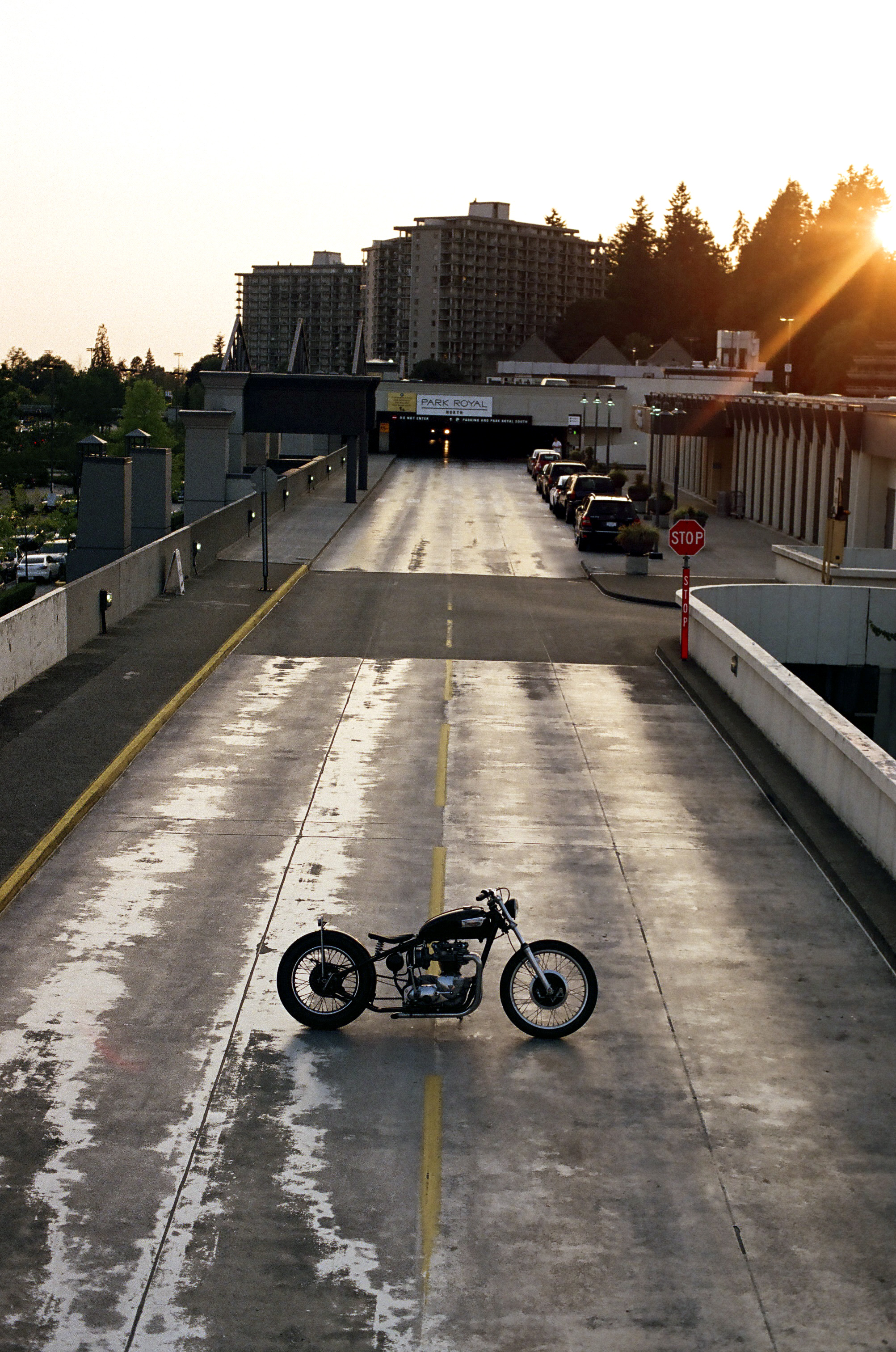 "At an early age, The Hindes brothers caught the bug to make hand
crafted, American made, motorcycles and parts. In 2012 their vision
became a reality and Prism Motorcycle Company opened up shop and began
living out their dream."
Prism Cycles - Stanley, North Carolina.
Photo: Rob Lunetta. 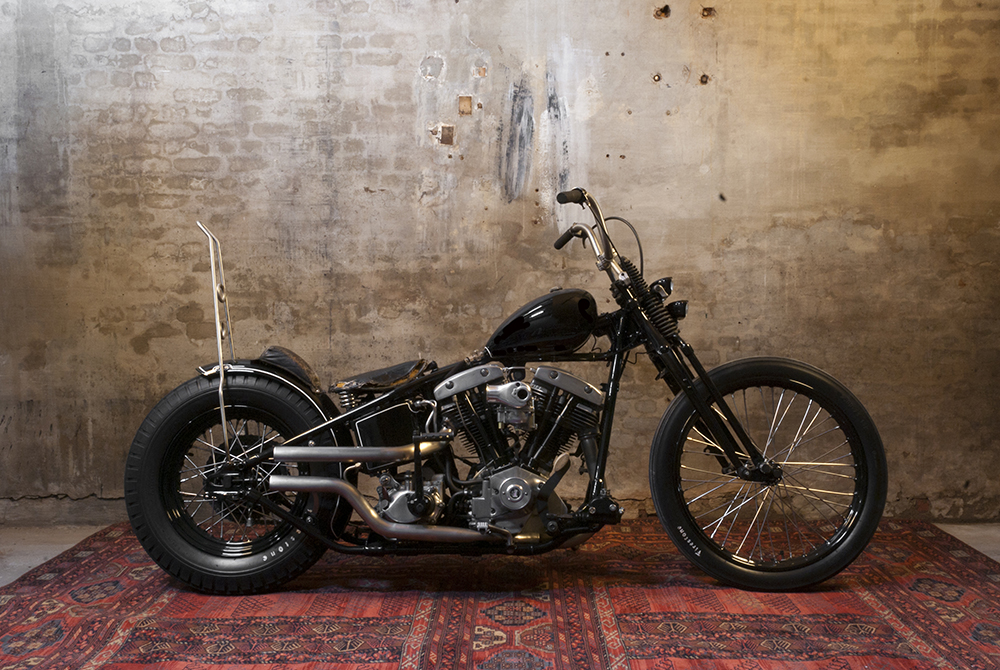 "I like to take my time and make all the small bullshit you could buy.
Building a show bike is a slow arduous process, it's not really that
fun as a whole."
Tyler Fuzzy Bunny - Vancouver, Canada.
Photo: DicE. 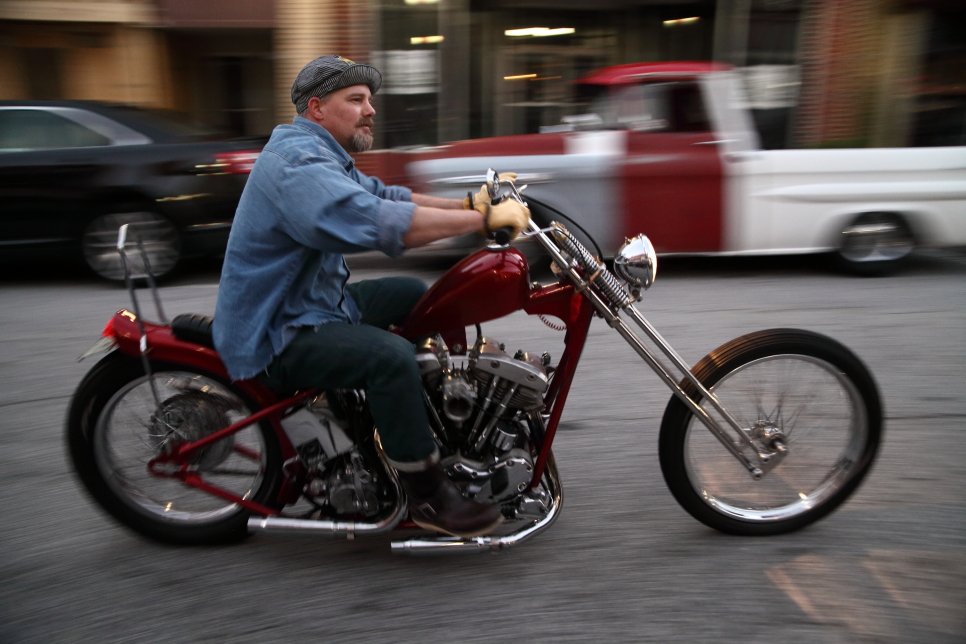 "Then there's all these fucking goats. I quit my 14 year career of
tattooing and moved out here to the hill country of Texas. I raise
dairy goats and miscellaneous farming. Slower lifestyle, slower toen,
but better in vitually every way for me."
Lee Bullock m- Lampasas, Texas.
Photo: Troy Critchlow. 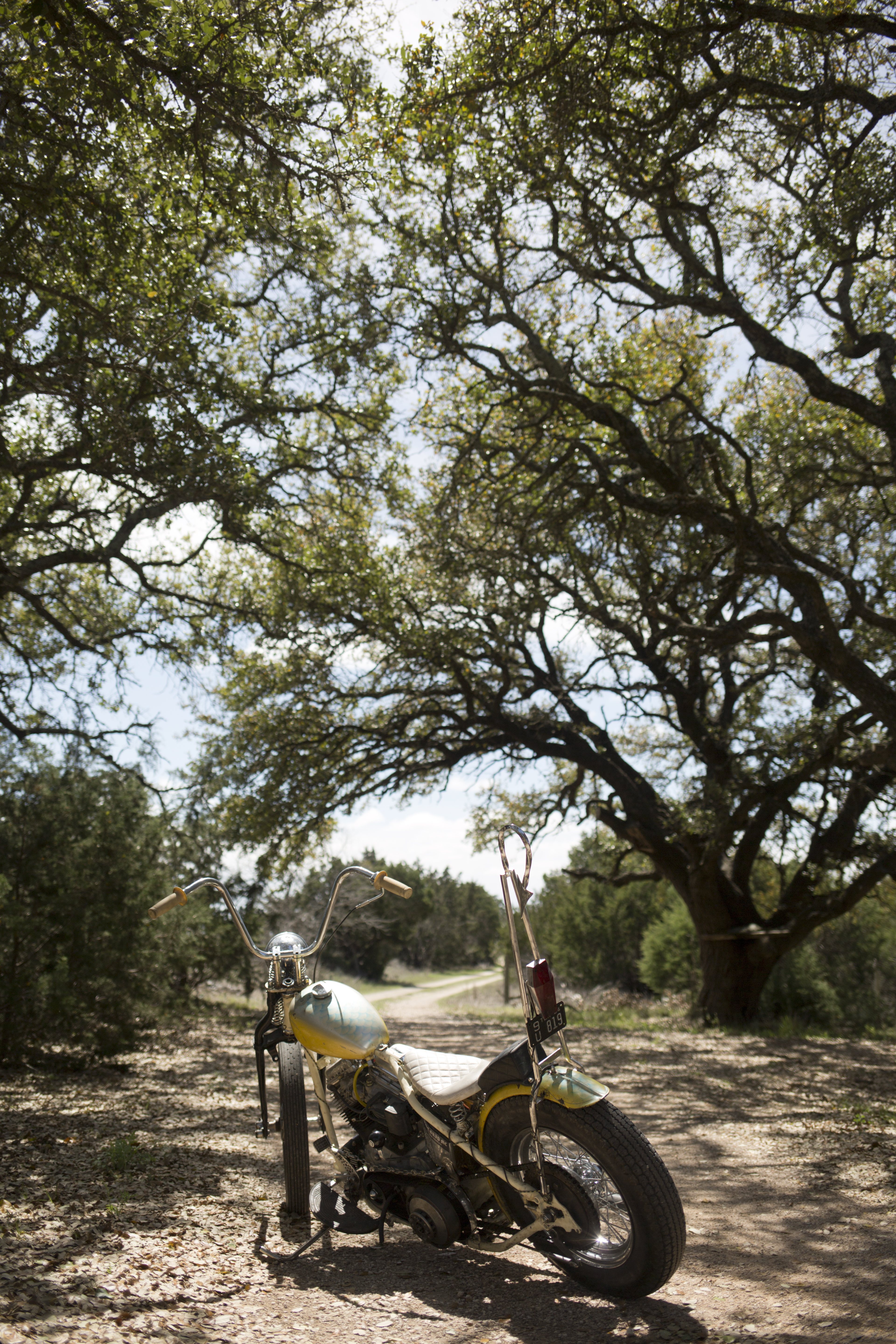 "This bike was originally destined to be a chopper, but it wasn't long
until we figured out how much better it would look as a stripped down
Cafe Racer.
Frankino - Chivasso, Italy.
Photo: Andrea Mazzon. 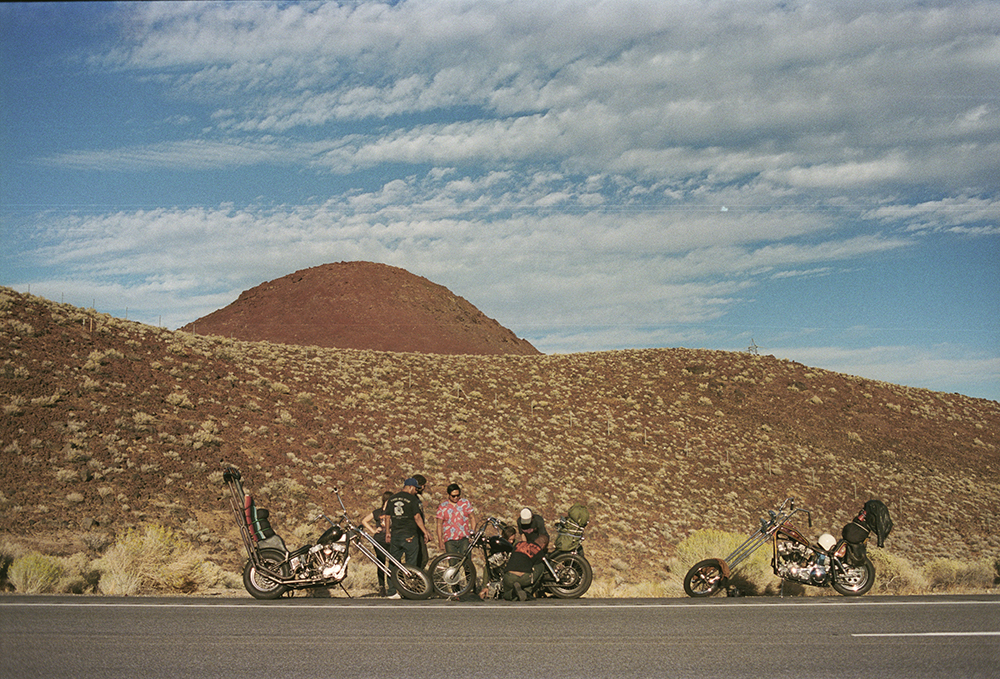 The Man, The Myth, The Coolest guy on the planet.
Sin Takizawa - Tokyo, Japan.
Photo: DicE. 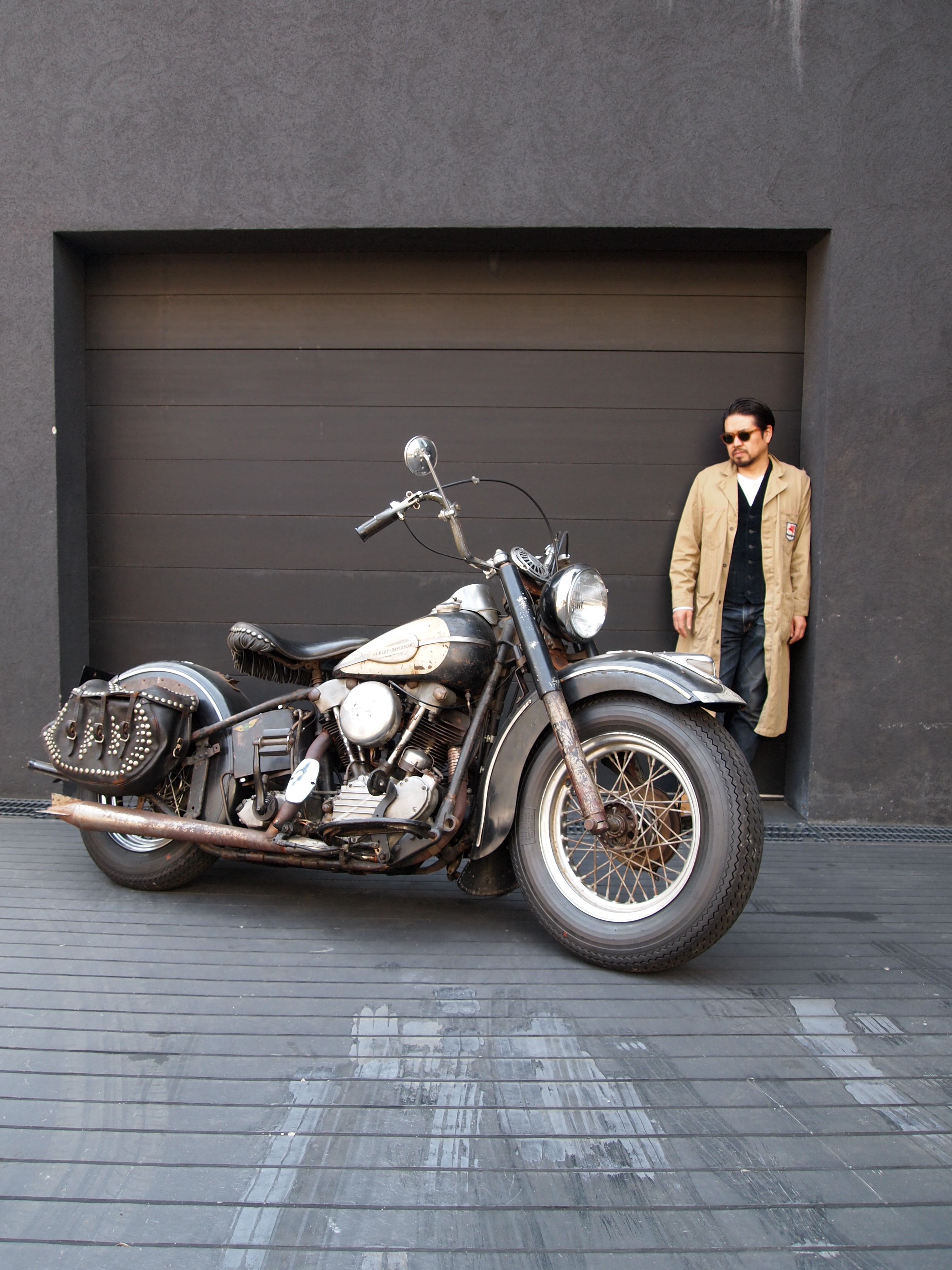 "When thew owner of the truck opened up that garage, Phil saw an old
Harley and knew it was right up my alley, so he asked the young man if
he could take some photos of it. As soon as I saw them I knew it was a
pre war Knucklehead!"
Junior - LaPorte, IN.
Photo: Troy Critchlow. 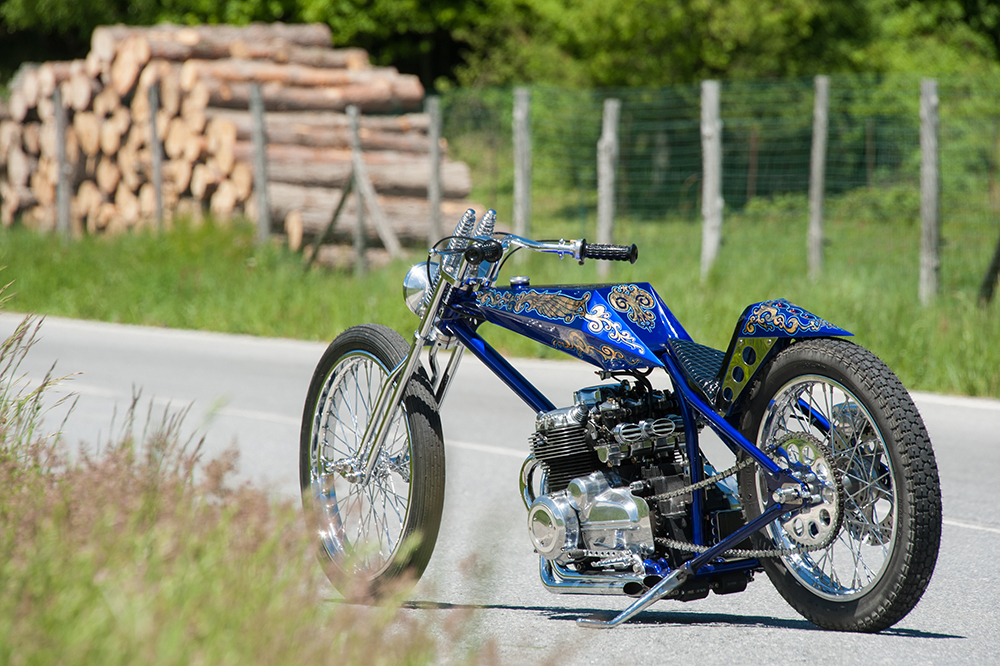 "I think your taste in motorcycles says a lot about your taste in
women. Some people like spending money on big, loud, fat, ugly things
with wide back ends. Hey if you like em that way it's cool, I like my
women skinny, pretty and cheap...that's why I love them diggers."
Benny Thomas - Birmingham, England.
Photo: Sam Christmas. 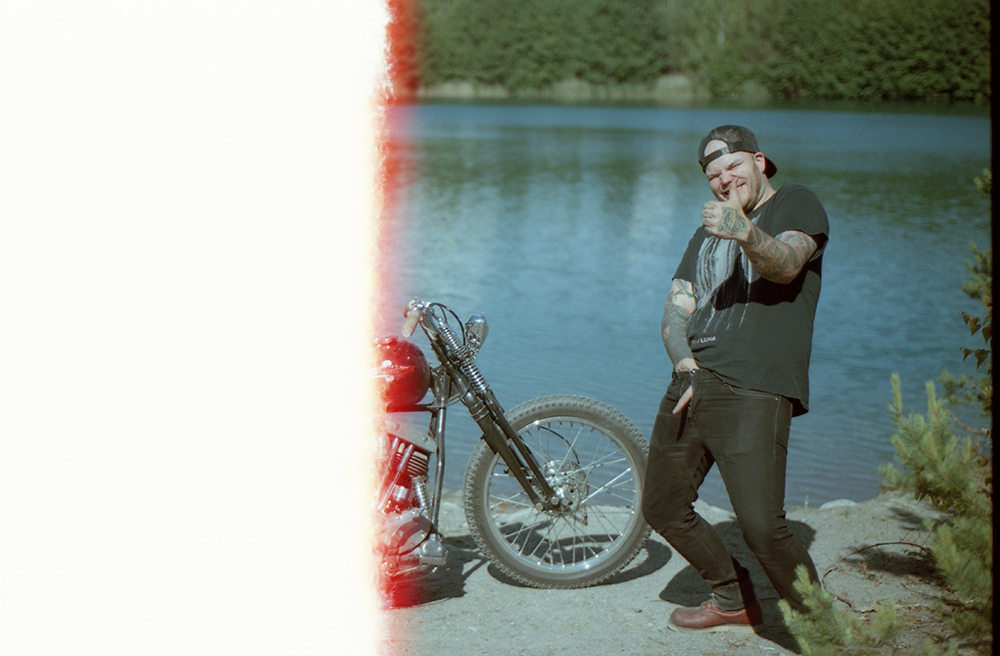 Nicke Svensson and part 3 of his amazing 'The Lobster Boss' build up.
Even though he broke his wrist doing a backside 180 Nosegrind, he's
still moving along nicely.
Photo: Boon Photography. 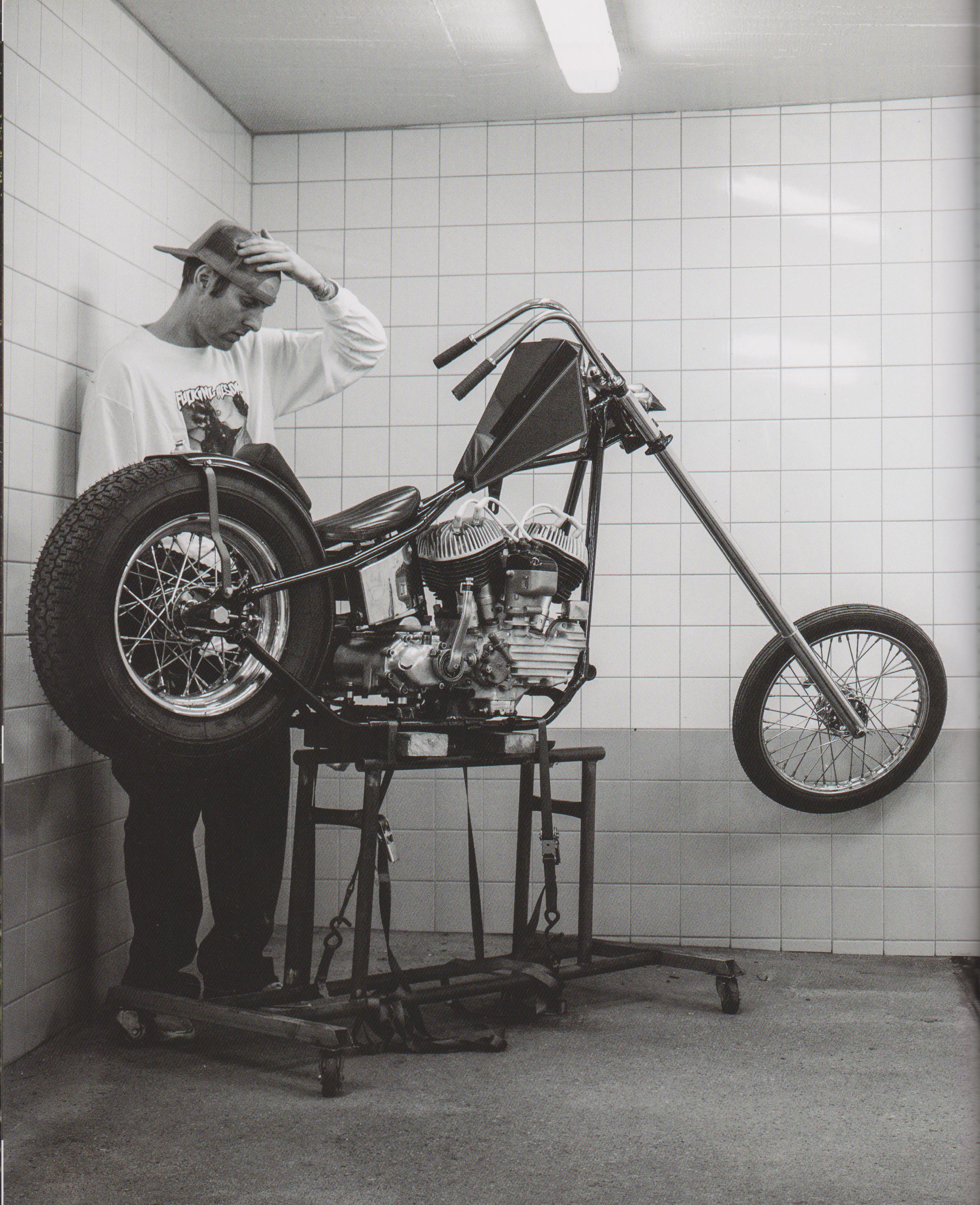 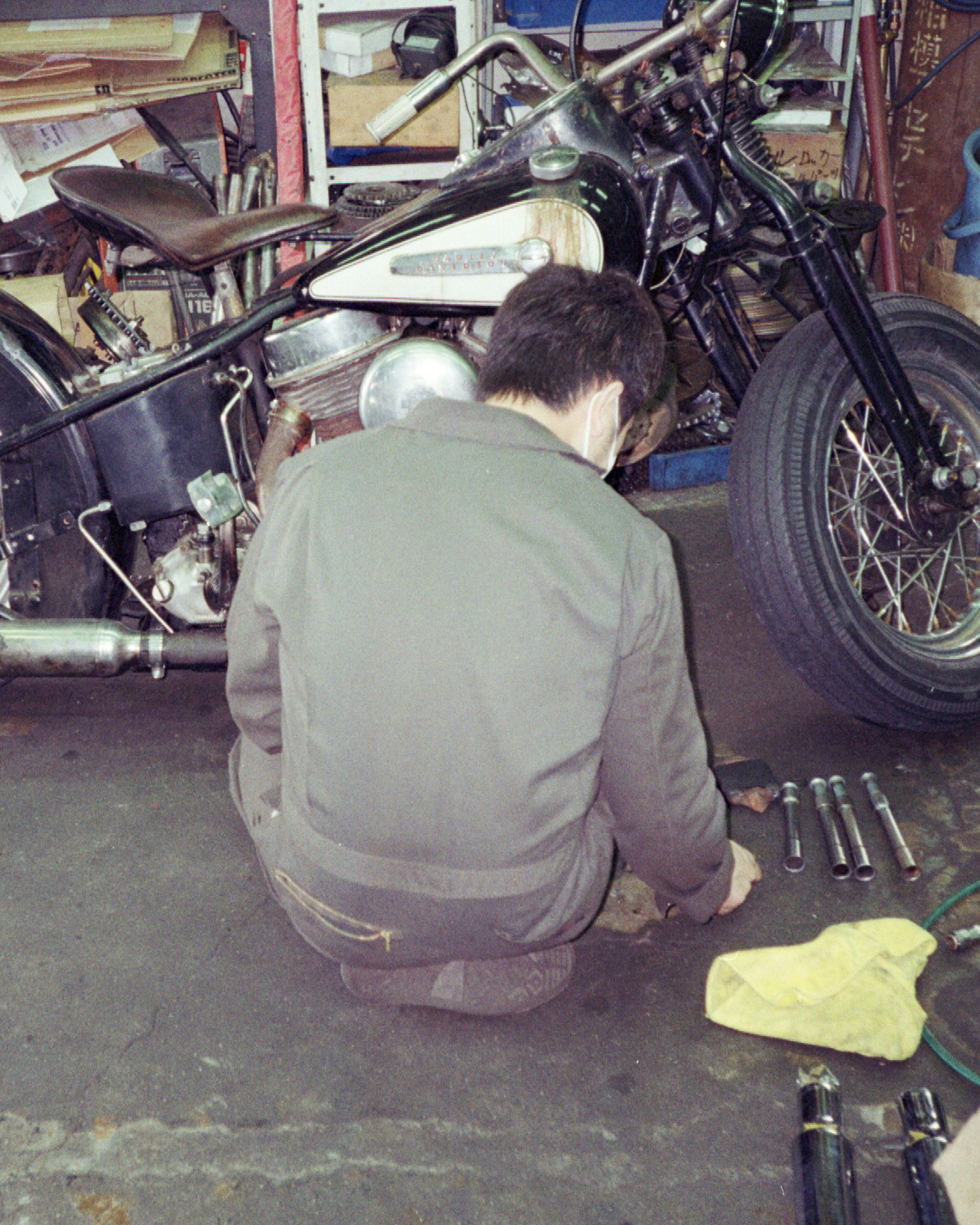 Drea in the desert, with no knickers on, shot by the wonderful Mandy Lyn.

"Before heading back home from Salinas to Santa Ana, I called Alonzo
to tell him the great news about making it and also that the bike
wasn't burning oil anymore...he told me to check that it had oil in
it. It was empty."
Sophorn Sin - Santa Ana, California.
Photo: Flyin' Dutchman. 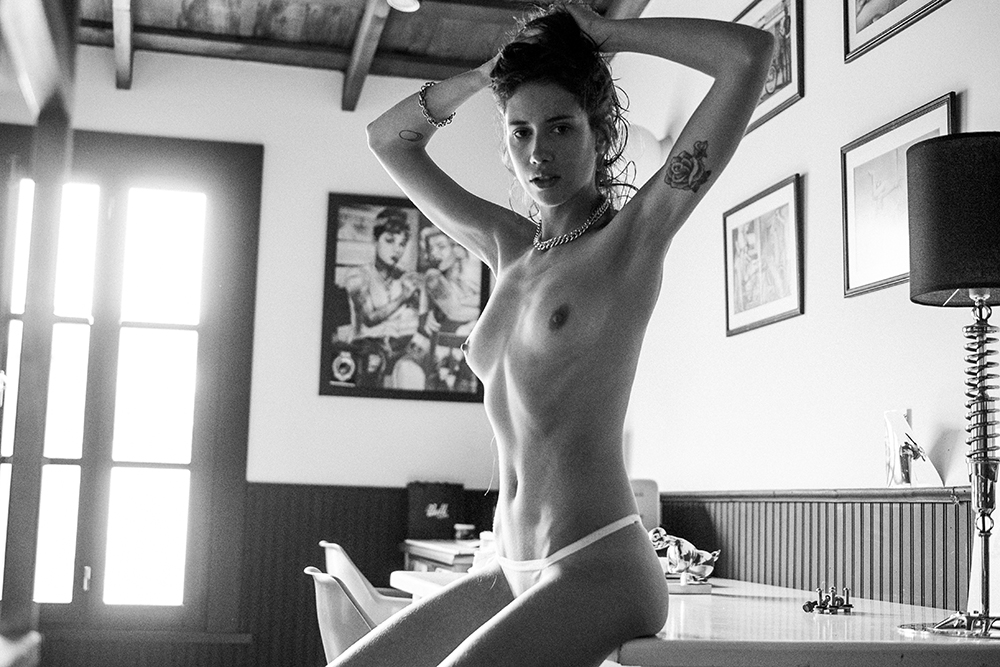 "I just love riding this bike whenever I can. It started as a rider,
became a show bike and I'm proud to say it's back to being a
rider.Colorado i an amazing state, the chopper scene has grown and you
can't beat the scenic rides."
Sean Gallager - Denver, Colorado.
Photo: Travis Heacock. 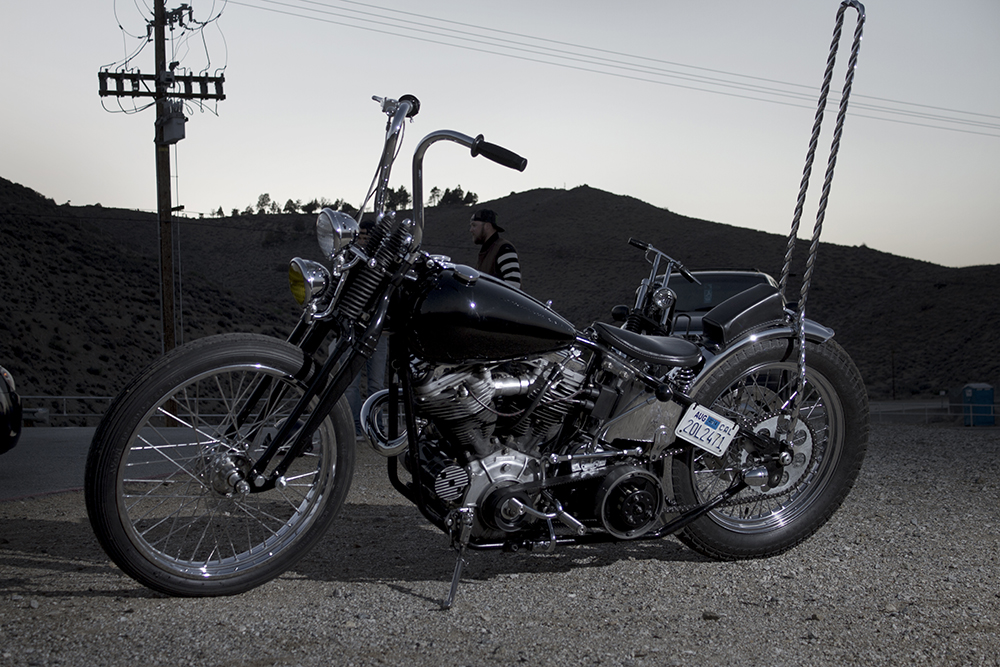 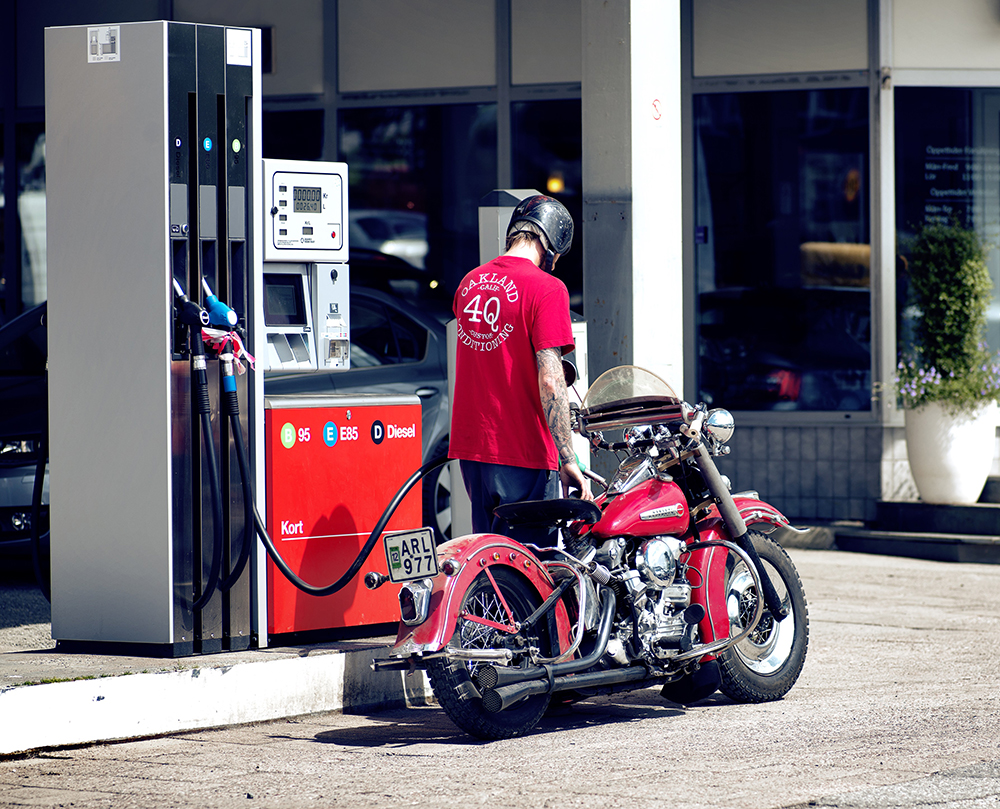 Apart from the $5 savings (basically one issue FREE)

Subscribers will receive their digital copy 2 weeks before the single issue becomes available.

Yes, 2 weeks to torture your non-subscribing friends by not sharing it with them.

And of course you're supporting your favorite biker magazine to continue producing amazing content for you to enjoy.

It's a deal that can't be beat.